Seth Gribetz, Co-Founder & Executive Chairman
Seth received a BS from the Wharton School at the University of Pennsylvania, Summa Cum Laude in 1997 and an MBA in 1998. After graduating, he joined Salomon Smith Barney’s Investment Bank where he served as a Vice President in the Health Care group. During his tenure, Seth participated in a wide range of transactions including private placements, equity issues, debt issues and mergers and acquisitions. In 2002, Seth joined CareOne, where he served as Chief Operating Officer. At CareOne, Seth was responsible for all aspects of the Company’s operations. Under Seth’s direction, CareOne operated Nursing facilities, long term acute care hospitals, assisted living facilities, institutional pharmacies and Hospices in 13 States representing over $1.2 BN in Revenue.

In 2008, Seth co-founded Platinum HR Management, a company dedicated to all aspects of human resource and payroll management in long term care facilities,  where he served as Chief Executive Officer. In 2009, Seth founded Platinum Health Services, to provide housekeeping and laundry services to the long term care industry. In 2013, after having grown the company to over $80 Million in sales, Seth sold PHS to Health Care Services Group (NASDAQ: HCSG). Seth founded Walnut Court Capital in 2010 and now serves as its Chief Executive Officer. Walnut Court Capital owns and operates health care service businesses throughout the United States including, Hospice, Home Health, Institutional Pharmacy, Hospitality Services, Dialysis, Wound Care, Insurance Enrollment Services as well as Security Services.  Additionally, Seth serves as the Chairman of the Board of Overseers of the Moriah School of Englewood. 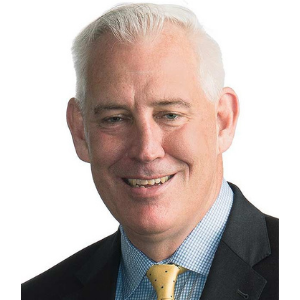 David Carpenter, Chief Executive Officer
Dave started his career with Aramark Corporation and served in various successive roles during his 18-year tenure. From 2007 to 2013 he served as President of their $2B Healthcare Division, which covered all of North America providing food, environmental, facilities, and clinical engineering services. In addition, Dave served as the Chief Executive Officer of Atlantic Express, which was the third largest school and charter bus transportation provider in the country and served many of the largest school districts in the country, including New York City, Los Angeles, and Philadelphia. He also served as President of the Education Group for ABM, the largest facility management provider in the United States.

Most recently, Dave served as the Chief Executive Officer of PureStar, which has successfully unified over 16 regionally recognized laundry and linen management organizations and emerged as the foremost provider of these services to the hospitality industry in North America. He holds a BA from Bloomsburg University, and has served on the board of PureStar, Cotton Holdings, The American Hospital Association Diversity Council, and Atlantic Express. He has also served on the Aramark Presidents Council and as an advisor to Stifel Investment Bank.

Joseph Foy, Co-Founder, President & Chief Growth Officer
Joe started his healthcare career in 1990 as an environmental services team member. During Joe’s time in the industry, he has worked in several positions while advancing his career. Joe has also worked in culinary services, property management and construction. In 2009, Joe left his position as Senior Vice President of Construction & Development in a regional long-term care company and teamed up with Seth to start Platinum Health Services (PHS) as their Chief Operating Officer. After the sale of PHS, Joe formed and operated Foy Healthcare which provided operational management to several healthcare companies. In 2017, Joe co-founded Next Level Hospitality Services. 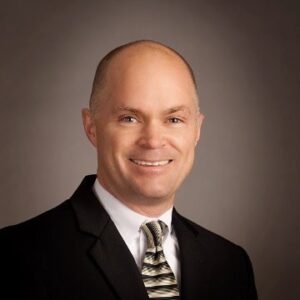 Edward Mylod, Chief Financial Officer
Ed joined Next Level to serve as its Chief Financial Officer, where he is responsible for the oversight of financial, operational and information technology function of the company. Prior to joining Next Level, he served as manager of the Post-Acute Care Services Group at PricewaterhouseCoopers, where he provided financial, reimbursement, and compliance services to long-term care, assisted living and home health clients. As Controller at HealthBridge Management, he was responsible for all accounting and reimbursement functions for 25 long-term care facilities. As Chief Financial Officer at Landmark Health Solutions, he was responsible for all financial related responsibilities for the company’s long-term care, rehabilitation, and staffing divisions. Most recently he worked for Platinum HR Management where he held the positions of Chief Operations Officer and Chief Executive Officer, responsible for providing outsourced payroll and HR services to over 125 long-term care clients. A Certified Public Accountant, he is a graduate of the University of Rhode Island with a Bachelor of Science in Accounting. 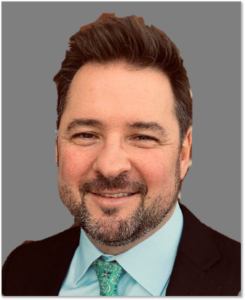 Jason Dobry, Chief Operating Officer
Jason has 18 years of experience in Healthcare Finance and Operations, and most recently served in the role of Vice President, Supply Chain & Utilization Management at Genesis Healthcare, managing over $800M in spend. He operated in a similar capacity for Sun Healthcare Group, Inc. and was also the President of PM Oxygen Services, a respiratory company acquired by Lincare. Prior to joining Sun, Jason developed and managed the Group Purchasing Organization (GPO), Ceres Strategies Inc., as Senior Director of Sales and Business Development for the Golden Living Company. He was an Executive Committee Member on the Board of the Forum GPO, maintains a CPSM (Certified Professional in Supply Chain Management) through the Institute for Supply Management, and has an MBA in Finance from the University of Connecticut.

Abie Greenblatt, Vice President of Operations and Strategy
Abie has been with Next Level since its founding and is responsible for the financial performance of the company, as well as the daily operations of Next Level’s corporate office. Prior to joining Next Level, he worked in various successive roles for a regional healthcare organization, where he was responsible for staffing operations as well as budget preparation, implementation, and compliance. Abie has also worked as a consultant to the healthcare industry on staffing operations and budgets and has a keen understanding of the impact that financial decisions can have on operations. He holds a BA from Fairleigh Dickinson University and has a proven record of stewarding new programs to achieve operational excellence.